The design concepts on show at the Perfect Home Multi project

One of MosBuild 2020’s high-profile projects will be the Perfect Home Multi project – a home built onsite at Crocus Expo.

Perfect Home Multi is based on the idea of ​​housing as a shelter, a prototype of a home. The house has a simple configuration – just walls and a roof – with the opportunity to independently form a living environment, to individualise the space by giving the house unique features.

The architectural silhouette of the house will be created with the help of Paper Design® and Corpsun. Paper Design® will provide a non-woven refractory material that simulates the structure of stone, while Corpsun will provide three large backlit glass translucent structures covered with 3M film.

Anna Muravina will incorporate the Aristo wardrobe system into her room, while Diana Balashova will use Asko appliances and Nolte Küchen kitchen furniture for the kitchen. Boen parquet will be laid in the living rooms designed by Zhenya Zhdanova and Tatyana Gorshkova, while the remaining rooms will use vinyl flooring provided by IVC Group. All painted surfaces will be finished with Manders products. Archistudia will provide Kartell furniture and Macrolux fixtures for the rooms designed by Zhenya Zhdanova and Boris Uborevich-Borovsky, and Papá Carlo will be providing sophisticated interior details for the room designed by Tatyana Gorshkova.

Exclusive interior showroom Konzept will be the project's General Partner of the bathroom zones. Plumbing by Antoniolupi will feature in the Boris Uborevich-Borovsky-designed bathroom, while Anna and Alexander Krause will use Duravit plumbing, and Tatyana Gorshkova - Geberit and Hansgrohe. Laufen will be used in Anastasia Panibratova’s bathroom, namely, the Sonar sanitaryware collection, created by Patricia Urquiola using innovative ceramics SaphirKeramik. 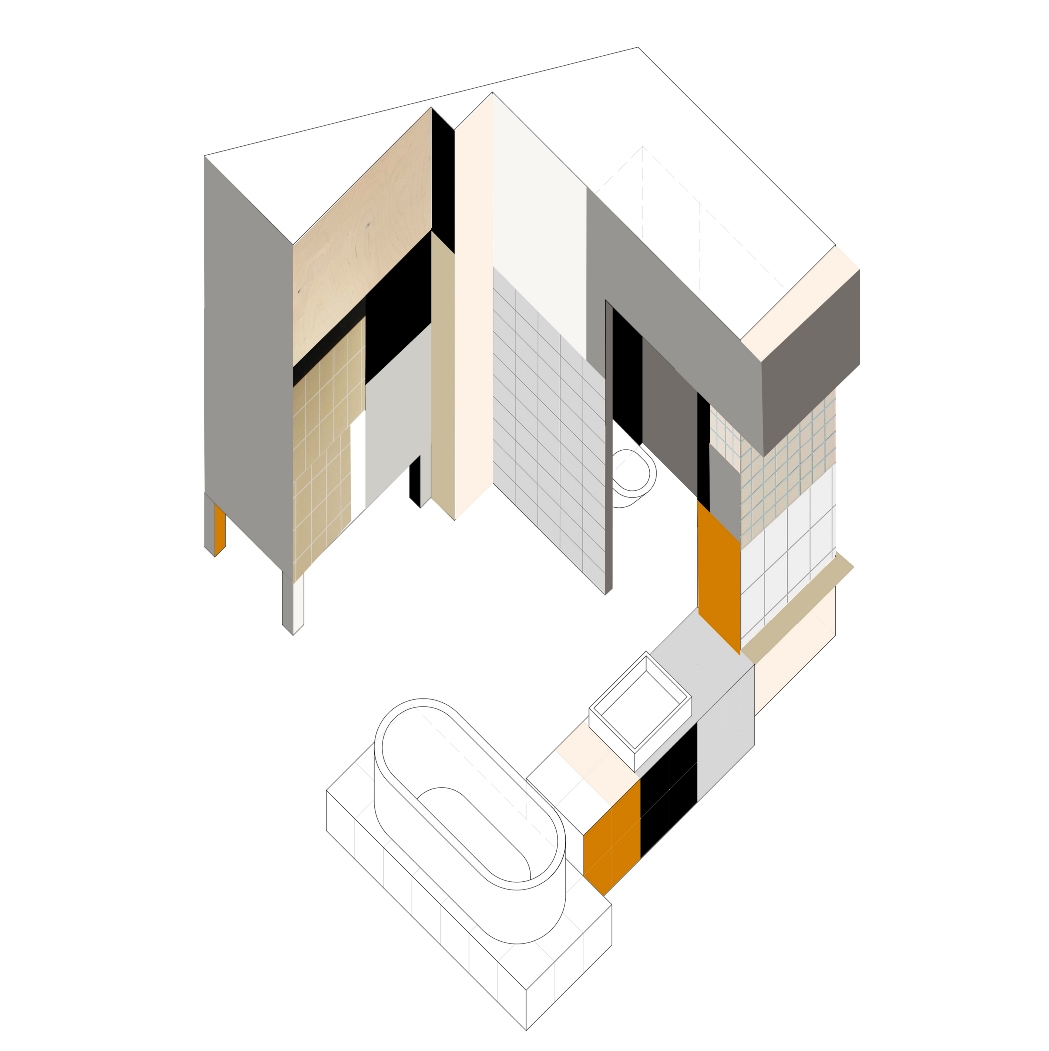 Toteme bathroom
Architects Anna and Alexander Krause: “Elements of the bathroom are perceived as art, plumbing is organically integrated into the overall composition.” 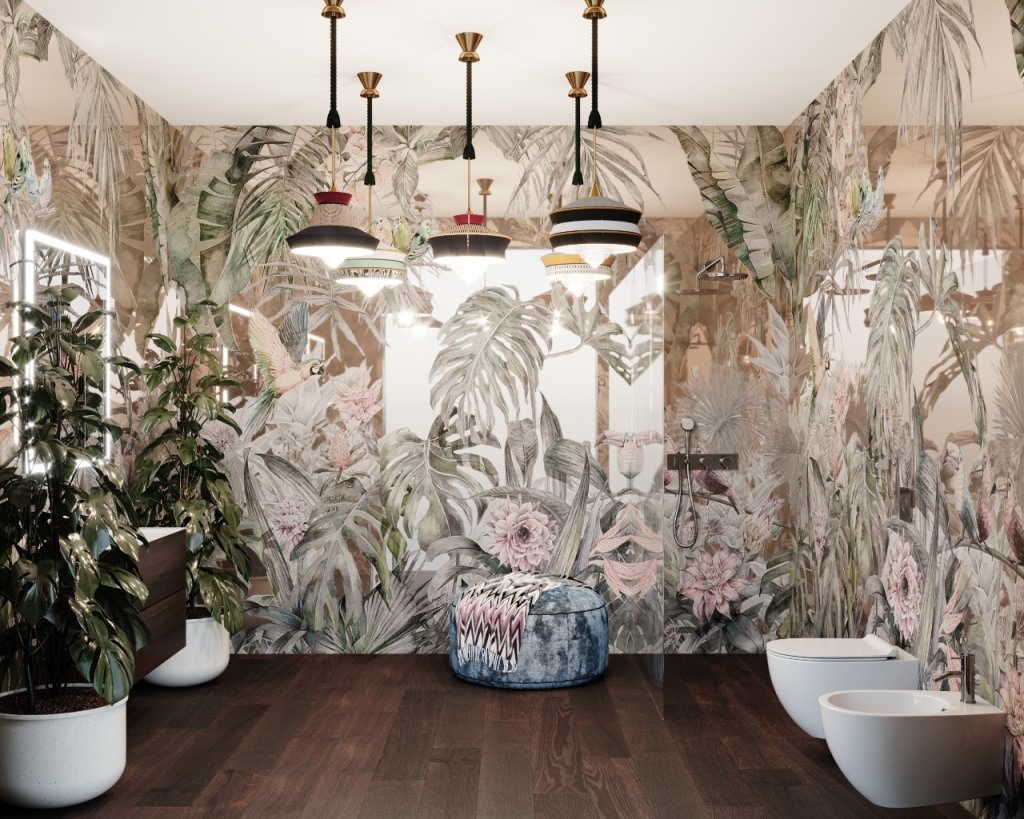 Geberit bathroom
Designer Tatyana Gorshkova: “The idea is to use design techniques to bring people closer to nature.”

Antonio Lupi bathroom
Architect Boris Uborevich-Borovsky: “The general concept of the stand provokes the designer to move away from common classics back to the origins, natural motifs and vibrant colours.”

Laufen bathroom
Architect and designer Anastasia Panibratova: “I’m looking at the contrast and unity of nature and civilisation. When the water pouring from the shower is mixed with the water of a tropical rain. It’s back to the basics, in the comfort of the 21st century.”

Кitchen
Designer Diana Balashova: “I thought that if you make the floor with a print, it will be reflected in the mirror and the island will disappear, only one countertop remains to levitate in space.”

Dressing room
Designer Anna Muravina. Creating a dressing room, the designer is reflecting on how to attract the attention of the viewer to the interior. 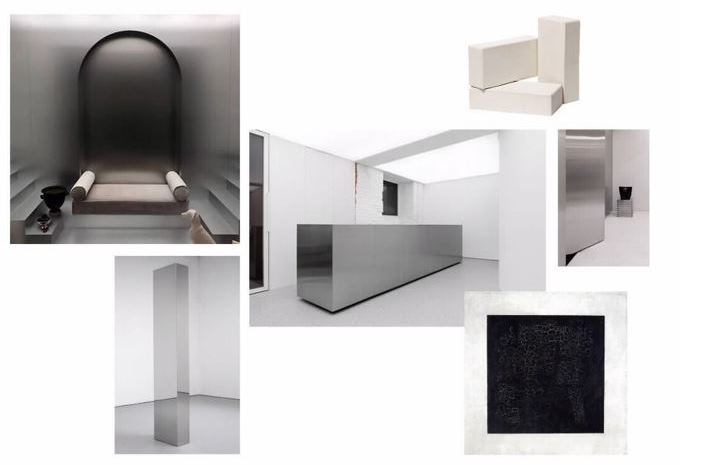 Gallery
Designers Julia Selivanova and Lidia Mikaelyan (Design WOW): “Art is an integral part of a modern house, its soul.”

Living room
Designer Zhenya Zhdanova: “I wanted to show an element of the present that emphasises the connection between the past and future. My project will be based on contrasts and will encrypt many messages that are part of the cultural code of humanity.”


This special Perfect Home project was first introduced at last year’s 25th anniversary edition of MosBuild. In addition to manufacturers and suppliers presenting innovative materials and technologies in the house, well-known architects and designers conducted masterclasses within it. The project was a tremendous success in 2019, becoming the most visited content platform at MosBuild, leading to decision to make it a permanent fixture at the show.

For the second year, ELLE Decoration magazine will act as General Media Partner and co-organiser of the Trend Show - events and projects for designers at the Perfect Home Multi and Design Arena platforms.

Visitors to MosBuild will be able to plunge into the atmosphere of a ‘perfect home’, a modern rethinking of the archetype of the house.

See the concept for yourself at MosBuild 2020.
Back

Partner of the Trend show

Partner and co-organiser of the Architectural forum

Partner of the Architectural forum