Space Instead of Setting

On 26 October, a guided tour of Zemlya Moscow – one of the capital city’s most interesting and unusual restaurants – was given as part of MosBuild Decorium. It was given by the author of the project Valery Lizunov, architect and restaurateur, founder and director of ARCHPOINT bureau. 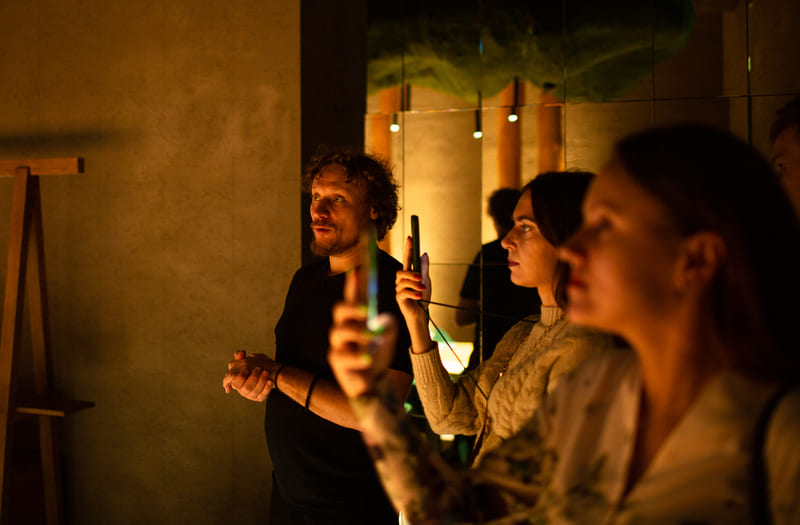 “We were asked to create a space project that is further supposed to turn into a chain in the future. This is the “Earth”, but we might see the “Venus” and “Mars” in the other cities of the planet after some time. We started thinking about how to design such an interior that would not look like the stage setting. And we thought about the four elements. The whole project was designed around this idea,” said Valery Lizunov.

The main dining area of the restaurant – the area of the four elements – has four columns that symbolise air, water, wood, and earth. 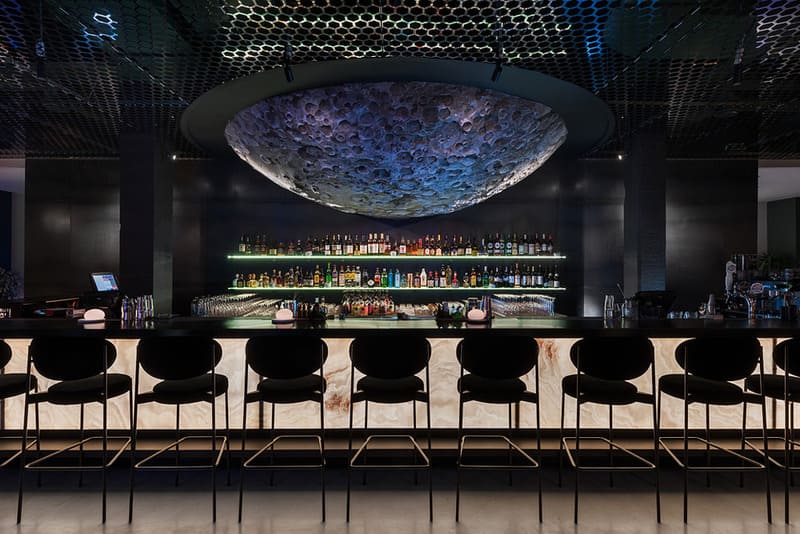 In the same area, we see the huge moon over the bar. According to the architects, it was printed on a 3D printer.

Low ceilings were quite a challenge. In order to make them visually higher and lighter, the designers chose to use perforated and glistening stainless steel. 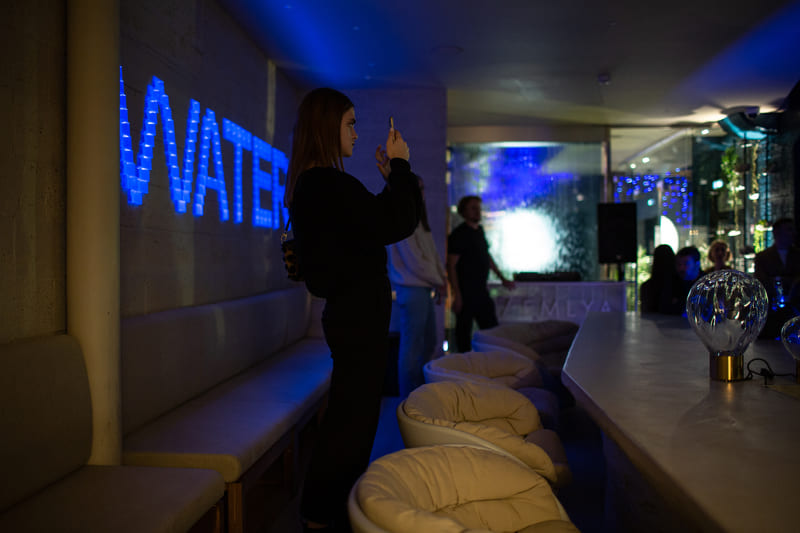 One of the main points of attraction in the “Water” bar, both in functional and visual terms, is the bar counter carved in a solid foam concrete block and coated with micro cement. 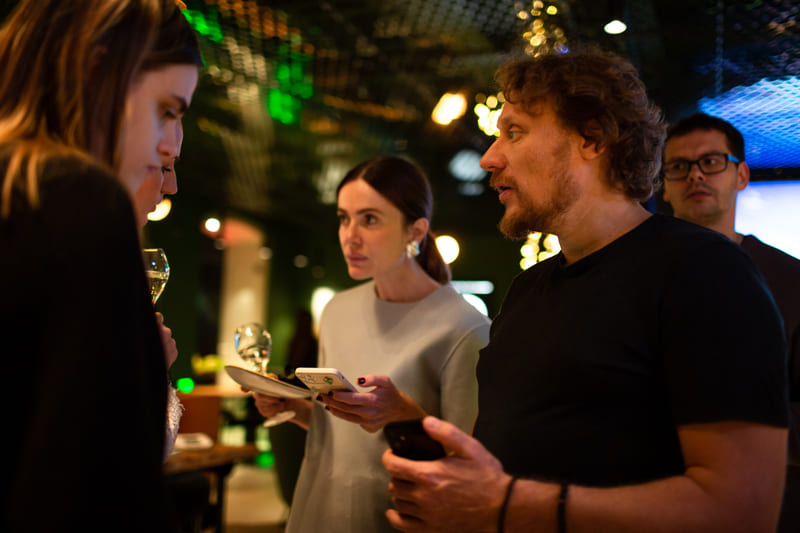 The “Fire” hall reminds of the element due to both vapour fireplaces along the wall and additional illumination reminiscent of embers under the entire area. 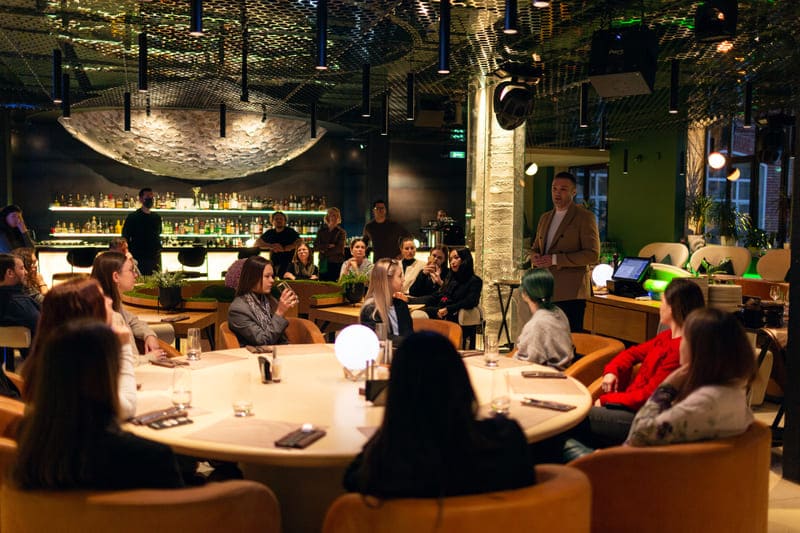 30 persons took part in the guided tour, including designers, design engineers, and developers working with public interior space. The participants were greeted by Yakov Syromyatnikov, Director of MosBuild, who noted that the guided tour was given as part of MosBuild Decorium and was intended to create new networking forums for designers, architects, and textile, interior light, and paint manufacturers. “The exhibition provides an opportunity to demonstrate all capabilities of the present-day market, enter into contracts, find new partners, in particular, designers and architects, and all this in the same place,” said Yakov Syromyatnikov.

The Decorium Project is a multi-format platform bringing together the manufacturers of textiles, lights, paints, and wallpapers, interior designers, architects, and other design and finishing experts. As part of the project, a number of online and offline educational activities will take place in the period from October 2021 through February 2022, and on 29 March–1 April 2022, the same-name area (Decorium) will be created on the venue of MosBuild exhibition. The real interiors designed by well-known Russian designers will be used as display space for MosBuild 2022 exhibitors’ products.
Get your free ticket
Back

Sponsor of registration and e-tickets

Sponsor of the registration of the hall 12